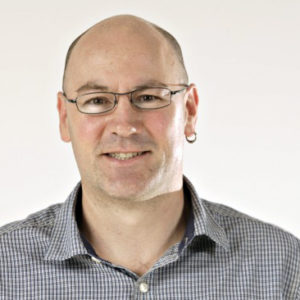 Wellcome Centre for Anti-Infectives Research Principal Investigator and Deputy Director Professor David Horn will receive a £2.1 million Investigator Award from the Wellcome Trust. The award will allow David and his group to continue their research decoding gene expression mechanisms in trypanosomes, pathogenic protozoa that cause a range of human and animal diseases.

Professor Horn and his group study mechanisms that the Trypanosoma brucei parasite, and other trypanosomatid parasites, use to express virulence genes and adapt and survive in the hostile environments they encounter during their life cycles in insect and mammalian hosts. This understanding can lead to novel targets or pathways informing the development of new medicines for the treatment of sleeping sickness, Chagas disease and leishmaniasis.

Recent research highlights from the group include:

Professor Horn said, “I am hugely grateful to the Wellcome Trust, who have supported my research now for more than 20 years. I am also hugely proud of the achievements and successes of group members and other colleagues in recent years that helped to make this application successful; I consider myself very fortunate to be working with these people in Dundee.”

Professor Julian Blow, Dean of the School of Life Sciences, said “We have a long and proud record of working with Wellcome and turning their support into research that has a real impact in understanding, and ultimately treating, human and animal diseases.”

David received his first Wellcome Investigator Award on moving to Dundee in 2013. This provided a level of support and flexibility that allowed the team to develop projects with greater potential impact. Synergies with colleagues in the Mode of Action group and in the The Wellcome Centre for Anti-Infectives Research have substantially facilitated the application of new discoveries and technologies to advancing drug discovery efforts here in Dundee.