Why compound libraries are needed

The targets of most medicines are substances found inside or on the surface of cells called proteins. Proteins are made from chains of building blocks called amino acids. These chains fold into complex 3D structures. The structure is specific to the function of the protein. Each protein has a unique structure. Because each new target has a unique structure it needs its own tailor made medicine with the right shape to interact only with that target. Like a key being specific to a lock. Despite years of research and making medicines knowing the shape of the target does not allow scientists to jump straight to the shape of the medicine. Even if the new target is functionally related to a target studied before the two targets will have different structures. To add complexity, compounds can be effective by binding to different parts of the target protein. Also the binding of the compound to the target is not the only property that is important to make a successful medicine. So researchers have to start with hundreds of thousands of compounds and perform multiple rounds of design, make and experiments that narrow these down into the candidates for a new medicine.

At WCAIR we are investing in structure driven drug discovery. This is leading us to curate new libraries based around low molecular weight compounds. These fragment or fragment-like libraries provide the ideal starting point for target based screens using X–ray crystallography and NMR. The fragment libraries have a number of advantages over traditional compound libraries used in high throughput screening.

The simplicity of fragments compared to larger ‘drug-like’ compounds means a wide diversity of chemical space can be sampled efficiently with a few thousand diverse fragments. This means we can screen far fewer molecules to

The optimisation of fragments tends to lead to novel molecules which would not otherwise be available.

WCAIR is developing a fragment libraries based on covalent modifiers and inspired by natural products.

Compounds that successfully stop the function of their target by permanently binding to it are called covalent modifiers. Covalent modifiers are often avoided in drug discovery due concerns that reactive functional groups within the molecules may lead to organ toxicity. Yet there are many approved medicines that work by covalently modifying their target. About one-third of the approved covalent medicines are for infectious diseases. Chemists at WCAIR are interested in covalent modification because the mechanism of action can lead to favourable properties for an anti-infective medicine. For example, the medicines should carrying on working for a long time after the medicine has been removed from the body of the patient, reducing the number of pills a person has to take in a day. As the medicine leads to permanent inhibition of the target it is also more difficult for the parasite or bacteria to develop resistance against the medicine. Development of resistance to medicines is a key issue for infectious diseases. Covalent modifiers may also be useful to target proteins that are considered to be undruggable.

Natural Products are compounds derived from plants, fungi and bacteria. For example the antibiotic penicillin derives from a chemical produced by a fungus to kills bacteria and aspirin is a derived from a compound found in willow tree leaves. The original anti-malaria medicine quinine was isolated from the bark of the plant Cinchona succirubra Pav. ex Klotzsch.  Many anti-infective medicines are derived from natural products. The WCAIR chemists are building on the work of Waldmann and co-workers  giving access to an area of chemical space that differs markedly from that defined by our existing in-house libraries. More specifically, access to privileged 3-D fragments based upon natural product structures that differ markedly from those generated by analogy from non-natural commercial compounds. 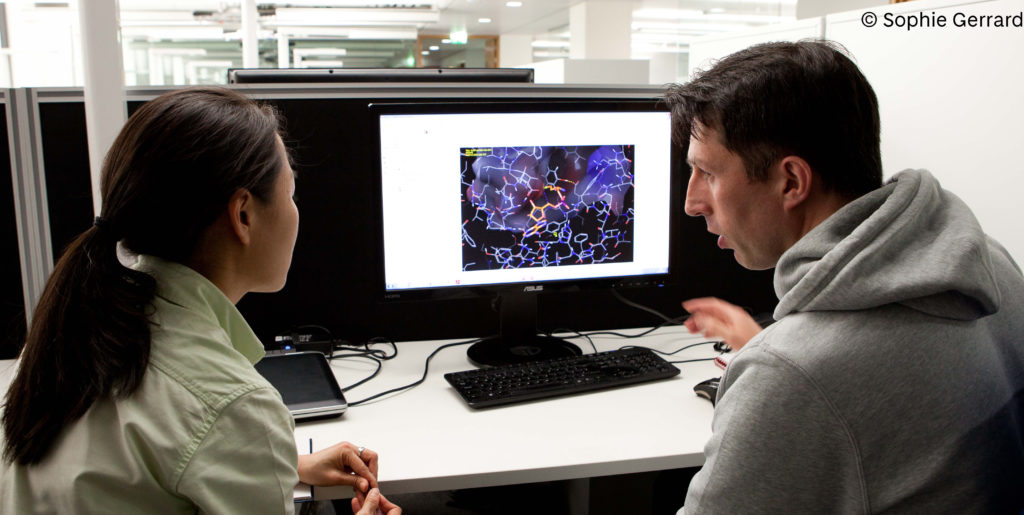