Hit discovery for Chagas Disease. Example of a phenotypic screen.

Parasites are organisms that live in or on another organism. A single-cell parasite, Trypanosoma cruzi (T.cruzi), infects humans leading to Chagas disease. T. cruzi also lives inside a blood-sucking insect popularly known as the ‘kissing bug’. (Scientists call them triatomine insects.) The parasite passes between the insects and humans when the bugs bite humans. In humans, the parasites exist either inside cells (parasite form known scientifically as amastigotes) or outside cells (parasite form known scientifically as trypomastigotes).
There are 2 drugs currently used to treat Chagas disease called benznidazole and nifurtimox. These drugs can cure the disease. However, they need to be taken for a long time and cause unpleasant side-effects in many people. Therefore, people often stop taking the drugs before they have completely removed the parasite from the human body.
At WCAIR our goal is to discover and develop new pre-clinical candidates (compounds that could become new medicines) for Chagas disease that overcome these problems.

In a phenotypic screen we look directly at the consequence a compound has on a cell, in this case the parasite T. cruzi. Cell-based assays used in phenotypic screens need to combine 3 key factors.

Frequently it is impossible to combine all these requirements into a single assay. So scientists first screen compound libraries through high-throughput primary screening assays. Then selected compounds are screened again in more disease-relevant assays. Together, the assays form a screening cascade.
Our Chagas disease hit discovery cascade evolves continuously. We respond to new understanding of parasite biology. We learn from how well our screening assays predict results in animal models.
Our primary hit discovery assay is a high-content screening assay for intracellular amastigotes. In this assay intracellular parasites are exposed to compounds for 4 days followed by automated microscopic imaging and image analysis to determine remaining parasite numbers. This assay can screen about 10,000 compounds per week. It not only identifies valuable hits but also compounds with undesired toxicity against host human cells.

A prevalent mode of action that we deem undesirable is inhibition of the T. cruzi enzyme CYP51. This is because the candidate drugs (posaconazole and fos-ravuconazole), which act through this target were shown not to work in clinical trials. To triage out hits that work through CYP51 activity we run a biochemical CYP51 assay.
The parasite strain used in the primary assays is relatively fast replicating. In patients there also likely exist slow replicating parasites. So to determine if hits are able to kill such parasites, we check activity against slower replicating T. cruzi strains. Also, we assess how quickly compounds kill the intracellular parasites, which allows us to prioritise fast killing hits.
Over recent years it has become evident that there is a small population of T. cruzi parasites that is much less susceptible to drug treatment than the bulk population. We see these parasites in our assays and animal models. None of the assays described above can reliably detect effects on these parasites. So we have developed a two month long washout assay. We treat cells and parasites with compounds for up to 16 days. 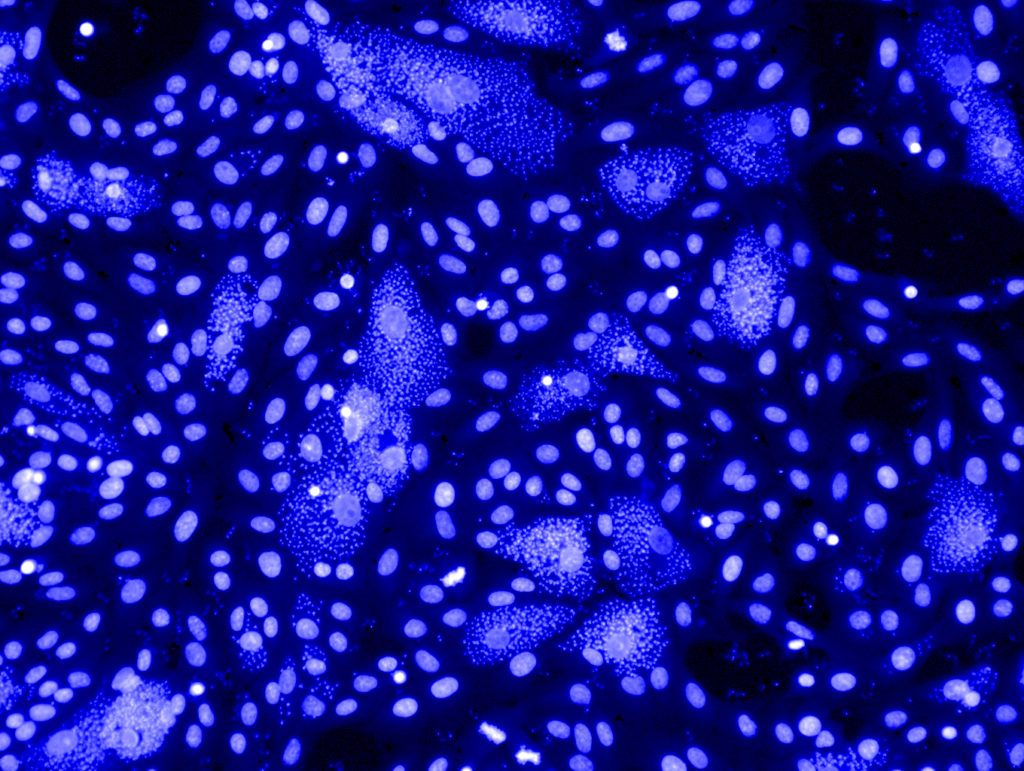 Then compounds are removed and we observe the cells for up to two months to assure that no viable parasites remain. To date this assay provides the best in vitro (laboratory experiment) predictor of the ability for a compound series to achieve sterile cure in an in vivo (animal) efficacy model.