Getting to Know- Manu De Rycker
Development of Trypanosoma cruzi in vitro assays to identify compounds suitable for progression in Chagas’ disease drug discovery.
Discovery and Optimization of a Compound Series Active against Trypanosoma cruzi, the Causative Agent of Chagas Disease
DNDi, GlaxoSmithKline, and University of Dundee to identify drug candidates to treat leishmaniasis and Chagas disease
The Qi site of cytochrome b is a promiscuous drug target in Trypanosoma cruzi and Leishmania donovani

Today, 14 April 2020, is the first World Health Organisation Chagas Disease Day. It was on this date in 1909 that the first patient, a Brazilian girl named Berenice Soares de Moura, was diagnosed for this disease by Dr Carlos Ribeiro Justiniano Chagas.

Chagas Disease, also called American Trypanosomiasis, is one of the neglected tropical diseases we research in WCAIR and the Drug Discovery Unit, DDU. Chagas disease is caused by a very small parasitic organism called Trypanosoma cruzi that invades people’s cells. It is related to the parasite that causes African Sleeping Sickness. The parasite is transmitted to humans when they are bitten by blood-sucking triatomine bugs, called ‘kissing bugs’ by the locals. The bugs typically live in wall and roof cracks of poorly constructed homes. This is why the disease is mainly found within poor populations of Southern American, affecting 6-7 million people.

Although Chagas Diseas was once confined to Latin American countries it is now spreading across the globe. During the past few decades it has been found in USA, Canada and many European Countries.  Just after a person is bitten by an infected ‘kissing bug’ any symptoms they do show are unspecific and so a diagnosis of Chagas disease is often not made. The symptoms disappear (or even never show) and the person can then go for many years without realising they have the parasite within their bodies. The parasites mainly stay silent but go through periods where they multiple, causing damage to the tissue in which they are ‘hiding’. This leads to heart damage and enlarged areas of the digestive system which cause death of the infected person.

There are 2 current medicines prescribed for Chagas disease, benznidazole and nifurtimox, but neither are ideal.  Although they are both nearly 100% effective if given soon after infection their ability to cure disease decreases the longer a person has been infected. The drugs have to be taken for 2 months and up to 40% of adults receiving the medicines have unwanted side effects.

The DDU Kinetoplastid team, led by Dr Manu De Rycker,  are working with our partners, Wellcome, GSK and DNDi to develop and trial new medicines for Chagas Disease. Over 20 scientists in WCAIR contribute to this multi-disciplinary team including: biologists, chemists, computational chemists and pharmacologists. We carry out target-based and phenotypic drug discovery for Chagas disease as well as mode of action work to understand how compounds kill the parasite. Developing new medicines for Chagas disease is not easy as the parasite hides in many different tissues. We are using state of the art imaging technologies to detect the parasites and the drugs.

Read about our phenotypic screen for Chagas disease. 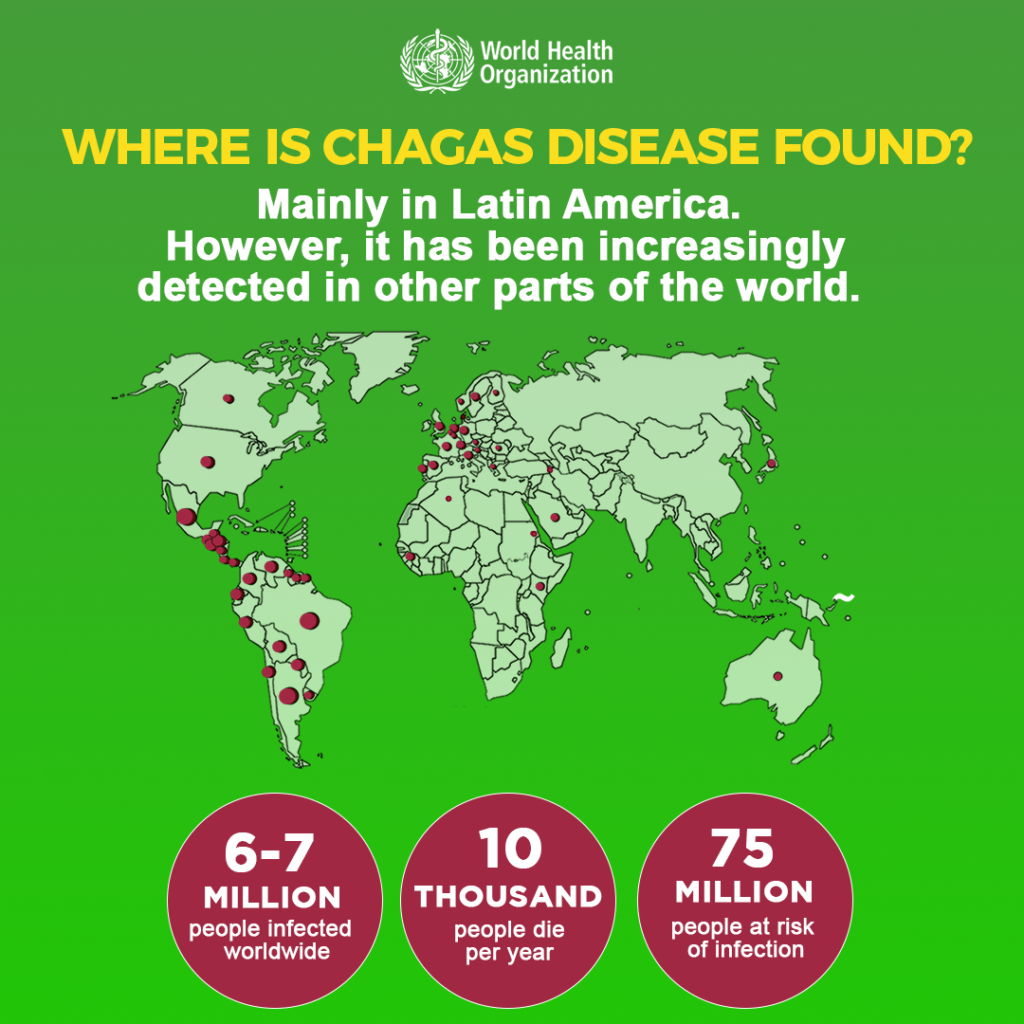 “Chagas disease, has been termed as a ‘silent and silenced disease’, not only because of its slowly progressing and frequently asymptomatic clinical course but also because it affects mainly poor people who have no political voice or access to health care.” World Health Organisation