The  Wellcome Centre for Anti-Infectives Research (WCAIR) has received more than £5 million from the Wellcome Trust to advance its world-leading research into neglected tropical diseases. The award will also support the Centre’s objectives of training and inspiring the next generation of scientists and building the public understanding of science. This will allow WCAIR to continue the life-changing work of one of Scotland’s foremost scientific institutions is to continue following a multi-million-pound award. 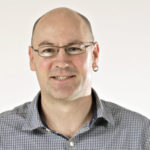 Professor David Horn, Interim Director of the WCAIR, said, “Since we opened in 2017, everyone here has been dedicated to increasing our knowledge of some of the world’s most devastating diseases and researching new drugs to combat these killers. Malaria, tuberculosis, Chagas disease, and leishmaniasis bring misery to millions and cause hundreds of thousands of deaths every year. These diseases also disproportionately affect the poor and cost developing economies billions of dollars, so the need for new treatments cannot be overstated. The support we have had from Wellcome has allowed us to make significant leaps forward in understanding these illnesses over the past five years and we look forward to building on this.S”

Opened in April 2017,  WCAIR has established itself as a world-leading hub for tropical disease drug discovery. It has helped to establish the Hub for Neglected Tropical Diseases Network, recognised by Wellcome’s Innovation Flagship programme, which will allow WCAIR to quickly share new innovations and best practice with partners, accelerating drug discovery for infectious tropical diseases and maximising the global impact of its research.

As well as developing new technology and methods to improve the pace of drug discovery for such illnesses, the Centre is also committed to working with the local community, introducing people throughout the city to the world of science through a series of events, exhibitions, and workshops.

Another of the Centre’s key functions is the training of new scientific researchers, with an emphasis placed on those living in countries affected by tropical diseases. 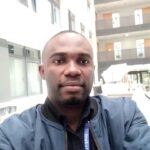 One of those scientists to benefit from a recent placement at the WCAIR is Henry Onyame, a Postgraduate Research Student from the University of Ghana, who has spent eight months working with Dundee experts to learn more about the latest developments in drug discovery.

“Coming to the WCAIR has given me so many opportunities,” he said. “The range of technology and expertise here has really pushed me – I’ve been learning on the job. My lab will be receiving some of the technology I have been using here in Dundee, and it will be a great responsibility to train my colleagues in using it. My experience here has been a great privilege and I feel so proud to have received this opportunity. It has helped to transform my expectations and I am so grateful for having had the chance to learn from the people here.”