If you’re lucky enough to live in Stobswell and you like a mural, you might have seen something exciting over the end of June and start of July 2022. We’ve worked with the Stobswell Forum and OpenClose Dundee to bring joy, colour, and science to Craigie Street.

OpenClose and the Stobswell Forum have a long history of working together. Over the past few years they’ve created a series of murals in the area. You can find them on shop fronts, at the Boomerang Centre, and even the gable end of a block of tenements. With WCAIR’s longstanding partnership with the Forum, and our history of science art with LifeSpace Gallery, it was only a matter of time until we combined forces to create something cool.

Over the summer of 2021, we began to explore the idea of tackling our biggest wall yet – 7 storeys. This huge, totally blank space, is on the care home at the corner of Craigie and Kemmback Streets. It faces out over the busy Boomerang Centre, used by many community members. It’s also highly visible to a car park popular with out-of-town commuters. The piece also faces the new pocket park which will be going in where Craigie and Albert Streets meet. Thanks to the support of the residents and staff at the care home, we were able to start taking the idea forward.

Once we had everyone’s blessing locally, we could begin to push forward finding a mural artist. We created an open call and OpenClose promoted it far and wide. It worked brilliantly. We had almost 50 submissions from interested artists, based all around the world. Some took inspiration from microscopy, while others went with images based on our disparate areas of research. Others went more with their own existing work, and we even had a poetry-based suggestion. Choosing between them was a real challenge, and we’re grateful to everyone across Stobswell and the University who helped – there were so many great ideas.

Ultimately, we were delighted to select Glasgow-based artist Lewi Quinn, aka Boiiing. He’s known for his bright, colourful style, and his talent at creating beautiful gradients in his work. He’s also incredibly easy to work with. He came to visit our scientists and the labs before he began working on the mural, which led to some small but beautiful tweaks to his plan – particularly inspired by our x-ray crystallographers Alice and Paul. The scaffolding went up and Lewi, along with his excellent assistant Finnula, created the piece over around 10 days. 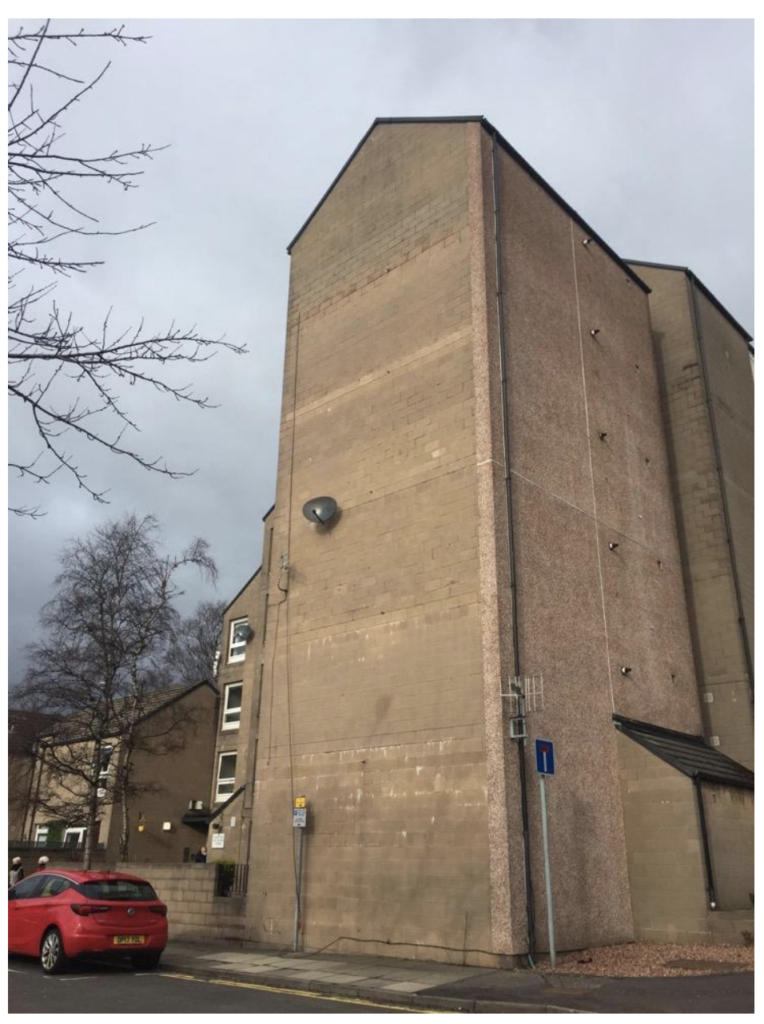 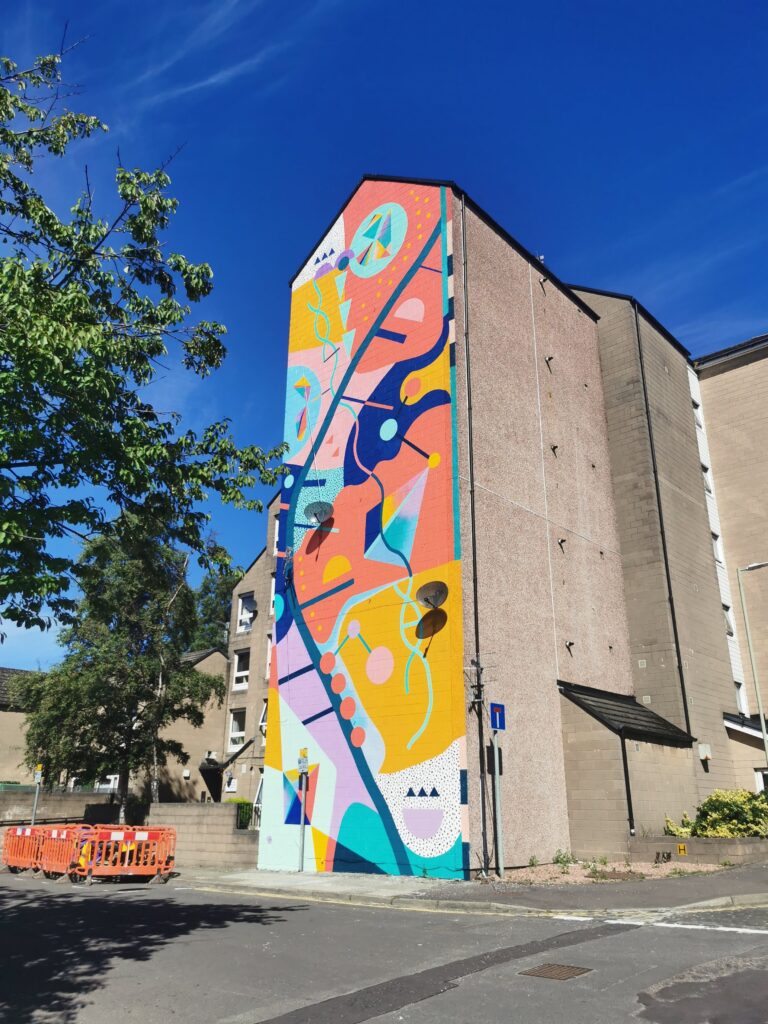 We could see the piece developing, but the real delight was the moment the scaffolding came down. We’re sure you’ll agree that our mural looks amazing. We’d also like to suggest that pictures can’t quite capture the sheer spectacle of the piece!

If you find yourself anywhere in the east end of Dundee we highly recommend you take a trip to see the mural. It’s literally opposite a free car park. While you’re there you can get a coffee, ice cream, cupcake, or even an egg roll from one of Stobie’s excellent eateries.

It’s fair to say that we’re ecstatic with the piece. We want to extend our HUGE thanks to everyone who made the project possible, including OpenClose Dundee, the Stobswell Forum, Dundee City Council, the residents and staff on Craigie Street, our scientists and other colleagues across the University, and of course Finnula and Lewi.

We’re exploring plans for more murals too, so watch this space. 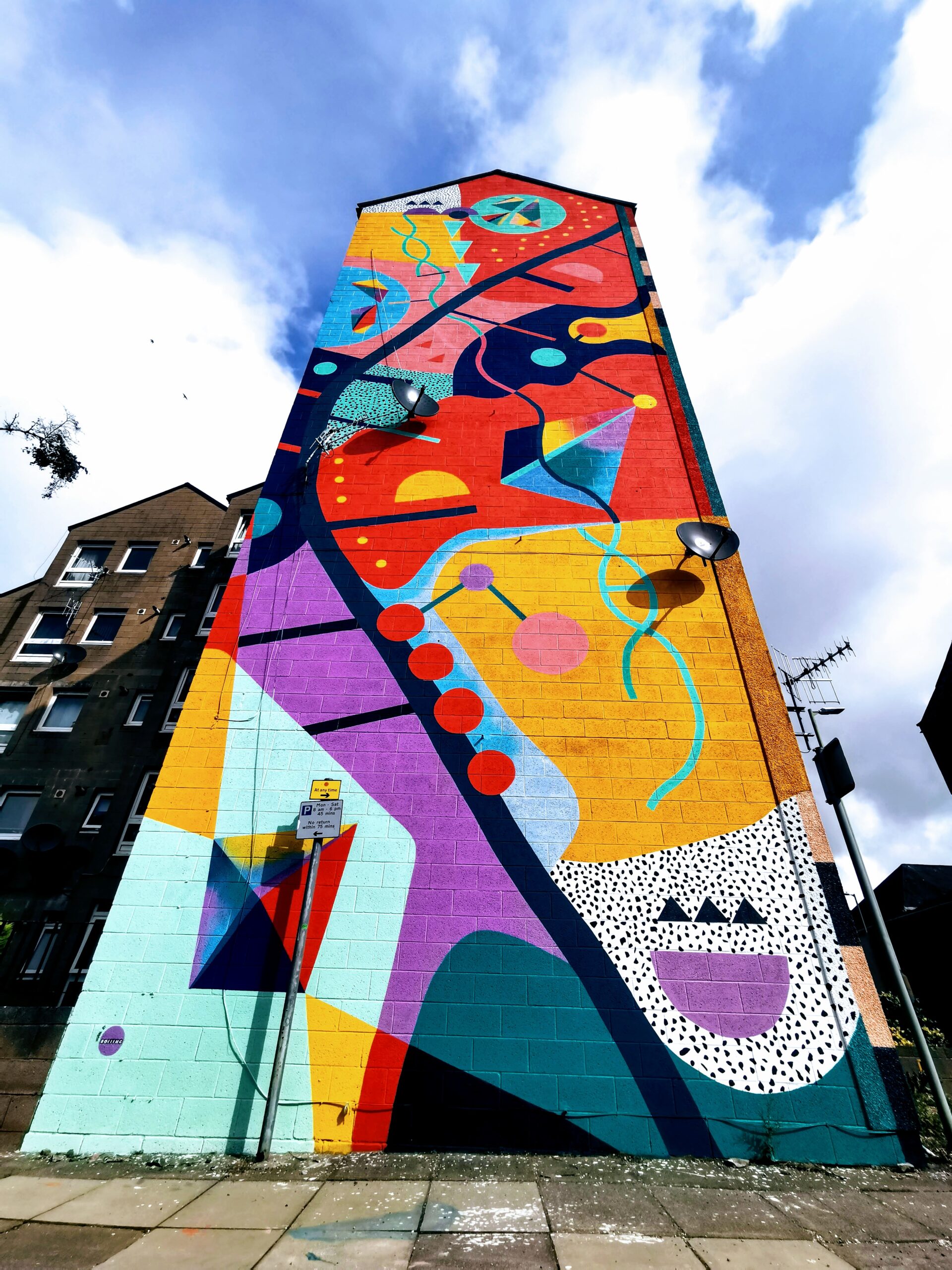 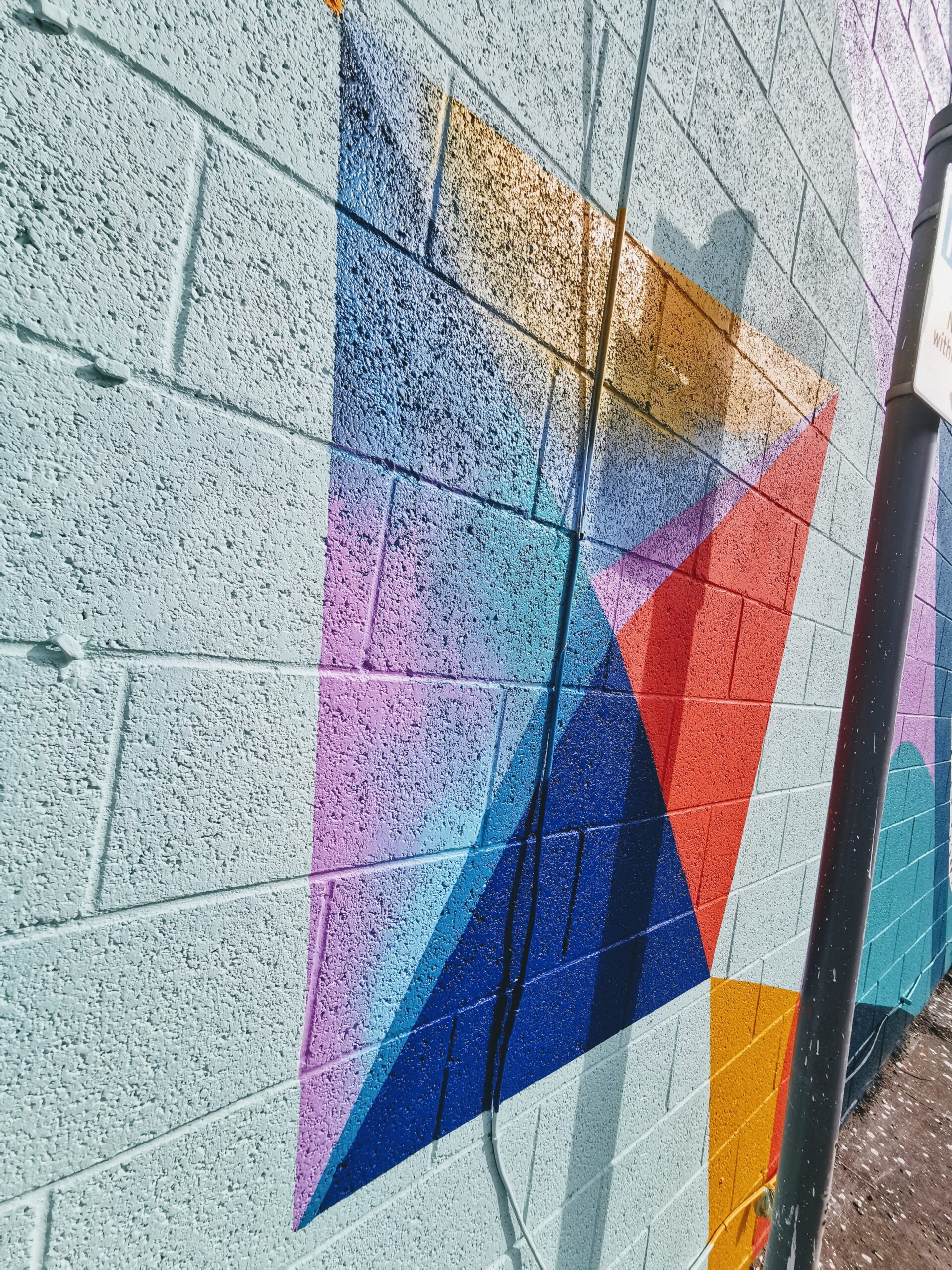 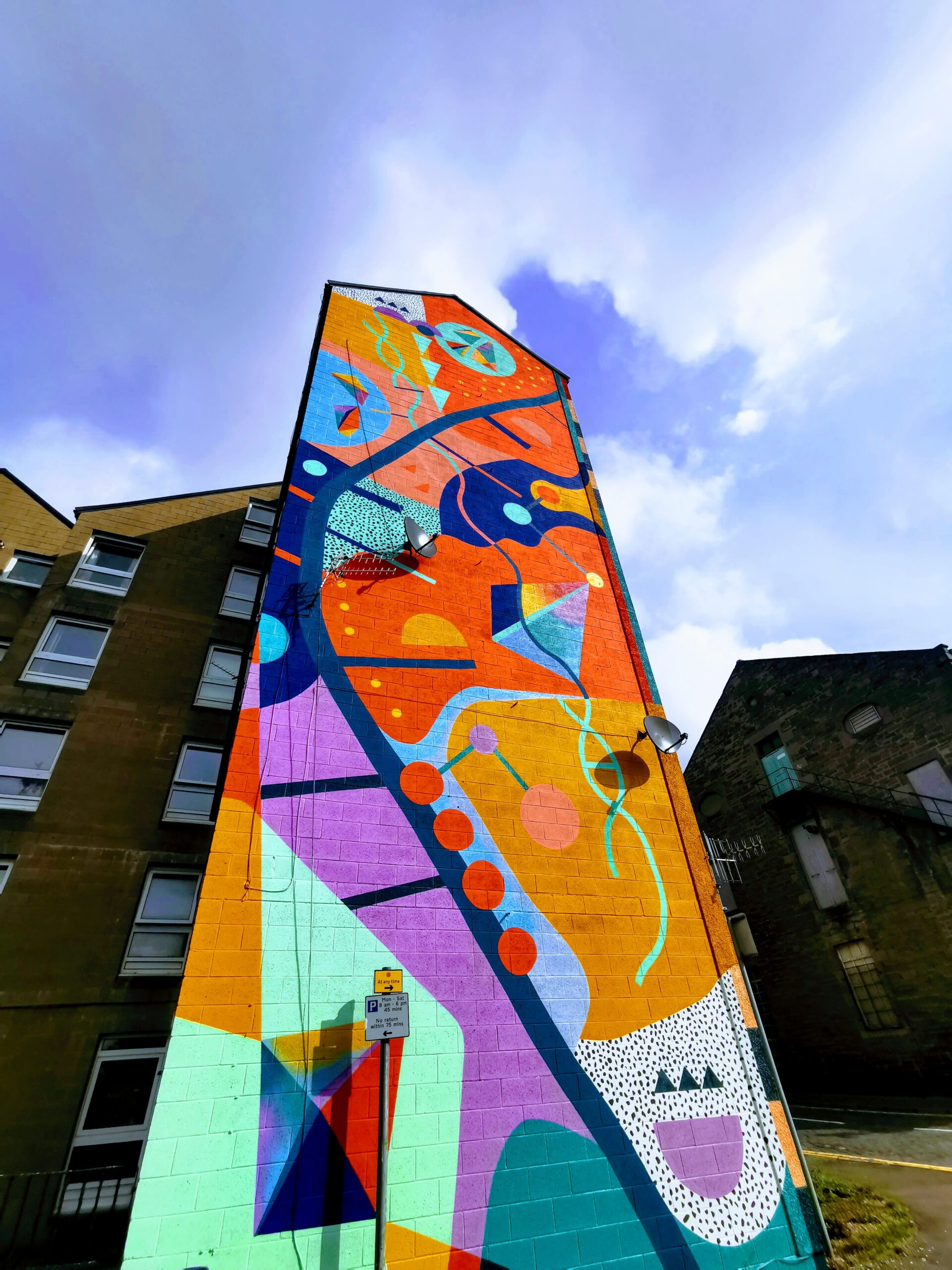 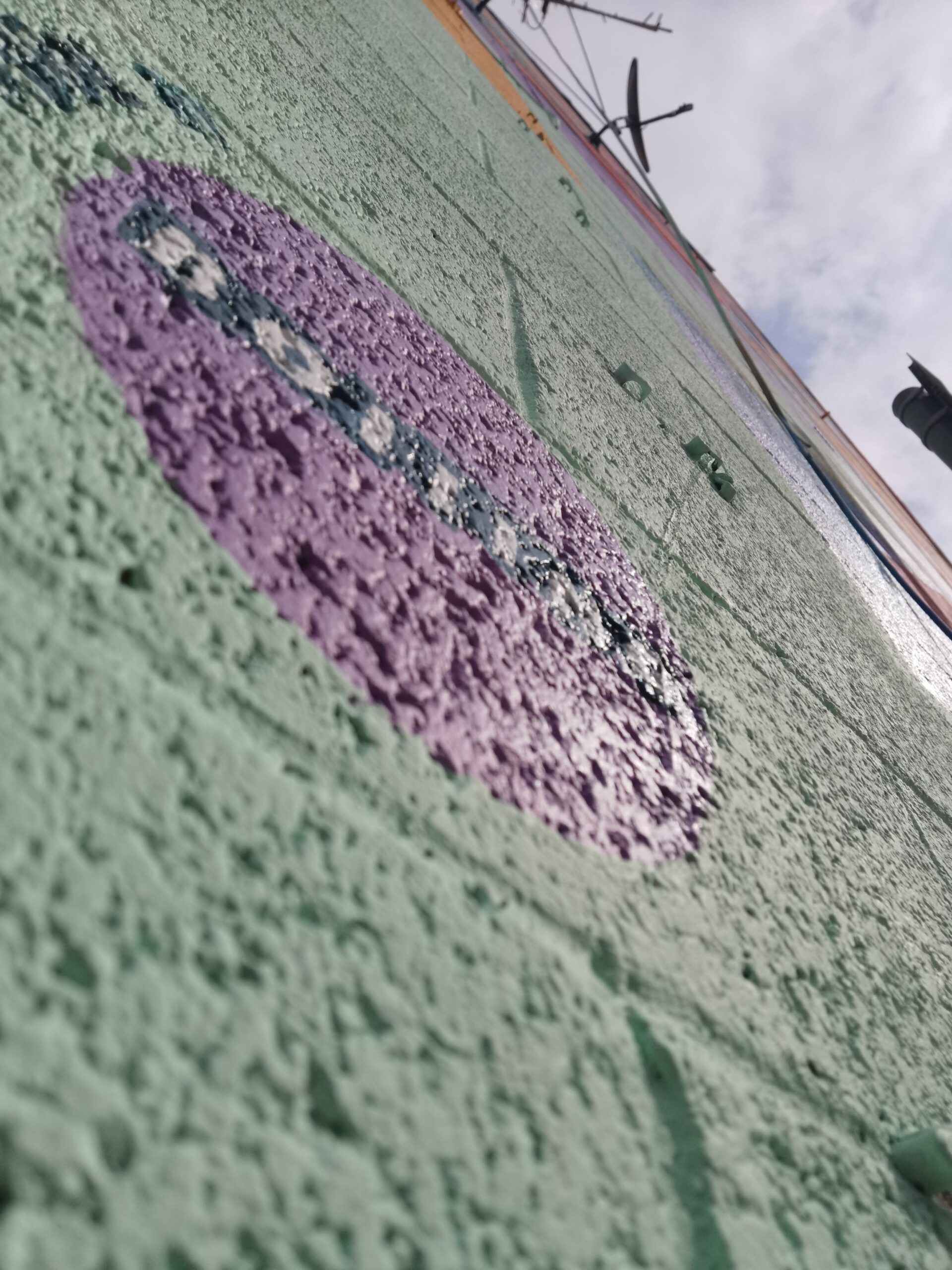