A team from the Wellcome Trust Centre for Anti-Infectives Research (WCAIR) at the University of Dundee has developed a new parasite gene-editing technology. This method, known as oligo-targeting, involves delivering short DNA fragments to parasites using a pulse of electricity. The DNA, including the desired edits, is then incorporated into the genomes of cells that are in the process of replicating their DNA. The approach is fast, simple, precise, and inexpensive. 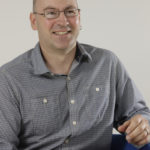 In the paper published in Nucleic Acids Research, the researchers discovered parasite oligo-targeting serendipitously. They were using an RNA-guided nuclease system, known as CRISPR-Cas9, but repeatedly observed edits in cells lacking CRISPR-Cas9 components. David Horn, Wellcome Trust Investigator and Interim Director of WCAIR said, “A major goal for WCAIR is to develop new methods, technologies and processes that will make drug discovery for neglected tropical diseases faster and smarter. We believe that oligo-targeting will now be the method of choice to address a number of questions, with the potential to greatly facilitate studies on drug resistance and more”.

Several anti-trypanosomal drugs in current clinical trials have known protein targets in parasites and much of this knowledge emerged from research carried out by Dundee’s Drug Discovery Unit and the Mode-of-Action team, led by Susan Wyllie, also an author on the paper. These new drugs should help meet, or at least move towards, The World Health Organisation’s target of eliminating the neglected tropical diseases caused by these parasites by 2030. New promise often comes with new risks and challenges, however. 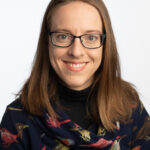 One particularly salient risk is that of drug resistance and it is in this area in particular that oligo-targeting presents opportunities. Simone Altmann, a postdoctoral researcher and the first author on the paper said, “Oligo-targeting is scalable and allows us, in one experiment, to assess all possible mutations at a defined site for their potential role in resistance”.

The researchers conclude that oligo-targeting can be exploited to generate focussed genetic diversity in the parasitic trypanosomatids within practical timescales; to confirm on-target drug activity and to help understand structure activity relationships and drug resistance. The insights that emerge will facilitate surveillance and the development of further improved and targeted therapies.