An article by Julia Wcislo is one of the ten outstanding articles that have been shortlisted for the 2020 Max Perutz Science Writing Award, the MRC’s annual writing competition.

The award is named in honour of one of the UK’s most outstanding scientists and communicators, Dr Max Perutz. Dr Perutz, who died in 2002, was awarded the 1962 Nobel Prize in Chemistry for his work using X-ray crystallography to study the structures of globular proteins. He was the founder and first chairman of the MRC Laboratory of Molecular Biology in Cambridge, the lab which unravelled the structure of DNA. Max was also a keen and talented communicator who inspired countless students to use everyday language to share their research with the people whose lives are improved by their work.

The MRC received the highest number of entries ever this year, with 140 applicants, and the quality of the articles was extremely high. Julia Wiktoria Wcislo, an MRC-funded PhD student in Professor Kevin Read’s lab wrote an article entitled, ‘The Game of Hide-and-Seek’. 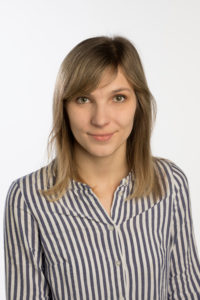 On taking part in the competition, Julia said, “Taking part in this competition has been a truly great experience. I have tried to portray the struggles and achievements I have encountered on my PhD journey so far in an engaging, simple and humorous style. I am hoping that sharing my experiences this way will not only give the public some insight into our world but also encourage young people to pursue a career in science, which as you can read in my article is very exciting!”

Julia’s PhD project focusses on Chagas disease, a neglected, tropical infection, caused by the protozoan parasite – Trypanosoma cruzi. Current treatments for this deadly disease have been used for over 50 years. They lack efficacy in the chronic stage and have serious toxicity issues. “My project focuses on exploring three main research areas in which an explanation for drug failures could be hidden. I am interested in parasite’s morphological stages, specifically the existence and behaviour of dormant forms, drug distribution patterns of selected compounds and parasites localisation directly after the treatment.” explained Julia.

This year, the entries were judged by our prestigious VIP panel made up of:

Applicants, who are all MRC PhD students, were asked to write and submit an article about the research in their field, discuss why it matters, and do this in a format that would hold the interest of a non-scientific reader.

The overall winner of the Max Perutz Award, who will receive a £1,500 prize and have their article published in The Observer (the competitions’ media partner), will be announced at their virtual awards ceremony on 13 October 2020.

In June Julia took part in a Research and Enterprise webinar for the The Kazakhstan PhD Association in the UK. An event supported by the Universty of Dundee and others. You can watch Julia’s video here. Look under June 26/Drug Discovery Developing new drug treatments for Chagas’ disease.