Mode of Action group awarded £4.9million from Wellcome
Scientists praised for pulling plug on a drug
Discovery of a new potential treatment for visceral leishmaniasis – one of the world’s major neglected diseases

Getting to Know- Susan Wyllie 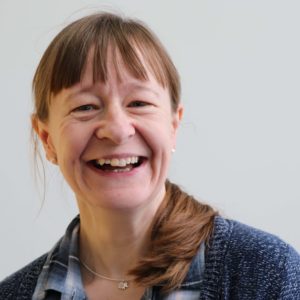 Dr Susan Wyllie graduated from the University of Edinburgh with a BSc in Biochemistry. She then completed her Ph.D at the Moredun Research Institute under the supervision of David Longbottom and Richard Ashley studying the parasitic bacteria Chlamydia.  After her Ph.D, Susan moved the University of North Carolina – Chapel Hill to take up a postdoc in the lab of Professor Jane Raulston again studying Chlamydia. After 3 years, Susan returned to Scotland to join the lab of Professor Alan Fairlamb here in Dundee to study drug mechanisms of action in Leishmania, the parasite which causes the diseases cutaneous and visceral leishmaniasis. During a 14-year collaboration with Professor Fairlamb, Susan helped demonstrate the potential of the drug fexinidazole for treatment of visceral leishmaniasis. As a direct result of this work, a phase II clinical trial for the use of fexinidazole against visceral leishmaniasis was carried out in Sudan by the Drugs for Neglected Diseases Initiative, DNDi. In 2015, Susan established the Mode of Action group focused on determining the mechanism(s) of action and specific molecular target(s) of novel compounds.  In the 5 years since the group has been established, the molecular targets and/or modes of action of 25 anti-parasitic compounds have been determined, including three clinical drug candidates. The information the group provides has proved transformative to drug discovery programs, not only in Dundee but also in the wider scientific community. In 2019, Susan became a Principal Investigator. Susan also featured in the National Museum of Scotland Exhibition Parasites: Battle for Survival.

Question: What is your earliest science memory ?
Answer: The experiment I remember loving first was actually a physics experiment building circuits – when that light bulb lit up – I was hooked!

Q: Did a particular person(s) or event start your career as a scientist?
A: I had an inspirational teacher in primary 5 (Mrs Raeburn) she gave me confidence that I could achieve anything I set my mind to – including becoming a scientist.

Q: Do you think being a scientist impacts the way you approach everything in life?
A: Totally! I think that before I make any decision or form an opinion, I look for evidence to guide me. This is just as true for life outside the lab.

Q: What motivates you to come into work every day?
A: I love that our research has the potential to improve the lives of others. What more motivation could you need?

Q: Is there any part of human lives where science can’t help or inform?
A: I would have to say no! I think that in the current climate we have to work much harder to make the general public understand this.

Q: Do you ever wish you had chosen a different career?
A: In 5th year at high school I was strongly encouraged to become a lawyer or a journalist. I can only imagine how different my life would have been!

Q: Do you think the current research environment needs to change to a) improve life for the scientists and b) to adapt to the way research is now such a team and international effort? ?
A:  A) I think we need to value career scientists far more than we do now. At the point that most postdocs are getting really good at their job’s, we encourage them to find a different career – why? Not everyone wants to be a PI but these highly skilled and experienced researchers are invaluable to labs – there should be a way to provide a stable career path for them. B) I think that we do need to find a better way to acknowledge the value of teams delivering research. At the moment in publications, senior authors, corresponding authors and first authors get the limelight. This doesn’t always fairly reflect the value of the team’s contribution to these studies and it would be great to find a better way to achieve this.

At WCAIR we believe public engagement is a key priority for resaerchers.

Q: How do we help the science community and general public understand each other better?
A: I think we need to teach science better in school’s so people understand the impact and value of science in everyday life. On the flip side, scientists need to get out there, engage with the public and tell our stories.

Q: How do we encourage people from communities where there a few science role models to train as scientists?
A: I was probably one of those people. We need to get out there and show people what a career in science actually looks like and what scientists look like. We are not all “boffins” as is so often portrayed in the press!

Q: What do you think scientists need to lean from the public?
A: If the public are telling us that they don’t trust scientists and don’t value science – we need to listen to that and work harder to better communicate our value. 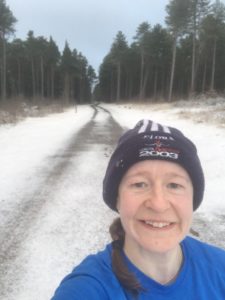 Grew Up: Coldstream in the Scottish Borders

Favourite Film: So difficult – I would have to say Shawshank Redemption – although Jaws might be close second!

Favourite Box Set binge: The West Wing and The Sopranos

Favourite thing to do at the weekend: Running in Tentsmuir forest – my favourite place in the world.

Which record would you save from the incoming Tay tide: The Beatles No. 1’s – love every single song. Second place: Definitely Maybe – Oasis